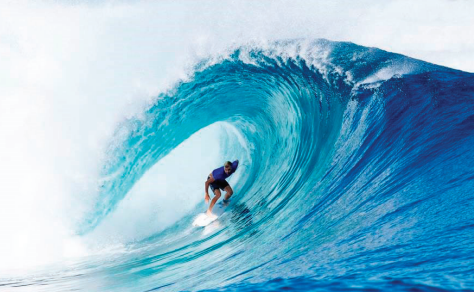 The Billabong Pro Tahiti wrapped up on August 24, with Avoca Beach’s, Adrian Buchan knocked out in the semi-finals by 11 time world champion Kelly Slater.

Buchan posted two solid scores of 8.17 and 7.93 adding up to 16.10, but it wasn’t enough to overcome Slater, who posted two excellent range scores of 9.63 and 8.77 adding up to 18.40. The third place finish equals his best result for 2016 as Buchan placed third at the Fiji Pro earlier this year. Slater went on to win the event against Hawaii’s John John Florence and moves Slater up 11 places into eighth spot after a slow start to 2016.

There are four remaining events on the Championship Tour with the next stop in California for the Hurley Pro on September 7. Buchan moves up the rankings seven spots after the third place finish and is currently ranked fourth on tour.