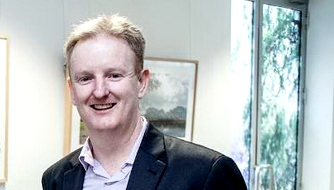 Chair of the Central Coast Local Health District Board, Mr Paul Tonkin, has announced the appointment of Dr Andrew Montague as the new chief executive for the district following the resignation of Mr Matt Hanrahan.

“Andrew has extensive clinical and senior management experience within the health sector in both Queensland and NSW and is currently the executive director operations for Northern Sydney Local Health District, where he also acted as the chief executive for an extended period,” said Mr Tonkin. “His clinical, managerial and operational skills will be a signifi cant asset to the district,” he said. Mr Tonkin said the Board was delighted that an executive of Andrew’s calibre had been attracted to the position.

“We look forward to the contribution he will make,” he said. Dr Montague studied medicine at the University of New South Wales and has a Masters in Health Administration from UNSW. He is a fellow of both the Royal Australian College of General Practitioners and the Royal Australasian College of Medical Administrators. He has held the roles of director of medical services, Northern Beaches Health Service, and deputy director of medical services, Royal North Shore Hospital. Prior to this he worked in Queensland where he worked clinically as a general practitioner and held a number of management positions including Director of Medical Services for Mercy Health and Aged Care, Central Queensland. He also lectured at the University of Queensland’s rural clinical School in Rockhampton. Andrew will commence in the role of chief executive on Monday, August 15. Prior to his commencement Ms Kerry Stevenson, executive director strategy and innovation will act as chief executive.