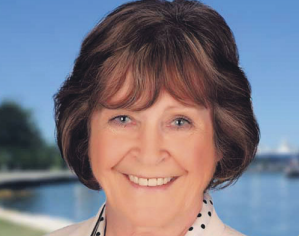 Labor’s Member for Gosford, Ms Kathy Smith, has been granted extended leave from the Parliament while she undergoes medical treatment for a serious health condition.

Member for Wyong, Mr David Harris, said it was well known in the community that Ms Smith was a cancer survivor. As the former chairperson of Cancer Voices NSW, Ms Smith was a community advocate and champion for the delivery of a dedicated cancer treatment centre at Gosford Hospital. The electorate offi ce in Woy Woy remains open, with staff available to assist with local matters. “Kathy has the support of the entire Labor caucus and our heartfelt wishes for a speedy recovery are with Kathy and her family during this diffi cult time,” said NSW opposition leader, Mr Luke Foley.

“I would ask that Kathy’s privacy be respected,” Mr Foley said. “I know Kathy’s intention is to fully return to work, there has been no mention of her doing otherwise and certainly no mention of the need for a by election,” Mr Harris added. The NSW parliament arranges pairs for circumstances such as an extended absence. This means Ms Smith’s absence from parliament does not have an impact on the outcome of votes in the lower house. Mr Foley said this means Mr Harris, who is also the shadow minister for the Central Coast, can represent the interests of the residents of the Gosford electorate.