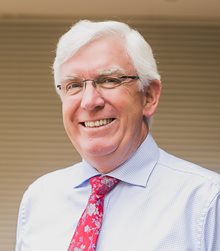 Webcasting of meetings may also be trialled for six months. Section 365 of the Local Government Act specifies that a council must meet at least 10 times per year, each time in a different month, so the proposal to meet monthly is within the bounds of the Act. A Draft Code of Meeting Practice was expected to be adopted by administrator, Mr Ian Reynolds, at council’s ordinary meeting on Wednesday, July 27. That version of the code did not contain the proposed monthly meetings or webcasting trial.

The additional proposed changes – the move to monthly meetings and trial of live streaming — have resulted in further amendments to the code. The latest amended draft code will go on public exhibition for 28 days and the community will be given 42 days to make submissions. If the amendments are passed at the end of the 42 days (no earlier than September 7), between October 2016 and September 2017, the Central Coast Council proposes to meet in Gosford fi ve times only, on: October 26; January 25; March 22; May 24; and July 26. Alternate monthly meetings will be held in the Wyong chamber. During the same period in previous years, the former Gosford Council would have met on no less than 10 occasions and Wyong Council would also have had at least 10 meetings depending on the Christmas break.

“Improved internal efficiencies have resulted in a reduction of the complexity and number of matters determined at meetings of the council,” a report from council’s governance department to the July 27 meeting said. “There are significant costs and resources associated with the preparation of business papers for council meetings, and having less frequent meetings where each conducts more business will result in further significant efficiencies,” the report said. No submissions were received by council during the public consultation period (not advertised in this paper) to examine the first version of the draft code of meeting practice that was expected to be adopted on July 27.

That version of the code included council meetings on the second and fourth Wednesday of each month, rotating between Gosford and Wyong chambers. That arrangement will stay in place until or unless the subsequently amended version of the draft is adopted after (or on) September 7. The change to monthly meetings, to be held on the fourth Wednesday of the month, would enable the administrator to utilise the second Wednesday of each month for staff briefi ngs, according to the governance department’s report. It was further recommended that the draft code be amended to provide for meetings to be webcast. CEO, Mr Rob Noble, has been authorised to undertake the necessary procurement, budget allocation and other steps needed to undertake a webcasting trial and to report outcomes of the trial back to council.

The report to the July 27 ordinary council meeting from council’s governance department recommended that council trial internet streaming of meetings via a streaming service at an estimated cost of $100 per month. “It is recommended that council implement a low cost-low tech solution in the first instance as a proof of concept,” the report said. “This will allow a number of things to happen: test the viability and appeal of webcasting without significant upfront cost; identify and remedy logistical bugs without having committed to a full system and upgrade; measure audience size, as information from other local councils suggests that the audience size for webcasts, after an initial interest, whether live or on demand, is relatively small; and, obtain and consider feedback from viewers.” The six-month live streaming trial would require the installation of one or two fixed static cameras in each (Wyong and Gosford) chamber at an estimated cost of $1000 per camera.