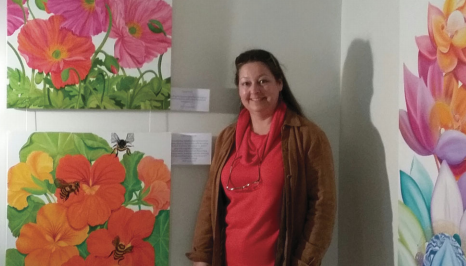 Artists on the Central Coast will be rejected by Arts NSW for fellowship grants they were encouraged to apply for by local Members and the Coast’s own Parliamentary Secretary.

Both Parliamentary Secretary for the Central Coast, Mr Scot MacDonald, and Member for Terrigal, Mr Adam Crouch, released media statements encouraging artists to apply for the 2016 Regional Arts Fellowships, despite Arts NSW, the Government body responsible for the Fellowships, not classifying the Central Coast as regional. Arts NSW senior media adviser, Mr Matt Sun, confirmed that artists on the Coast were never eligible for the Regional Fellowships because Arts NSW has the Central Coast classified as a fringe metropolitan area. “The Regional Arts Fellowship is open to artists and arts/cultural workers residing in Local Government Areas outside of the metropolitan and metropolitan fringe regions of Sydney, Newcastle and Wollongong.

Coast is not regional enough

“The Central Coast is located in a metropolitan fringe region,” Mr Sun said. Media adviser to Mr MacDonald, Mr Mitchell Cutting, confirmed the slip up was caused by an internal communication error that was supplied to a small number of Members’ offices and that these offices were sorry for any inconvenience or disappointment caused to Central Coast artists who applied for the Fellowships. Mr MacDonald said, “I encourage any artists whose applications were declined due to their region to contact my office, so that we can discuss other programs that may be relevant to them.” Mr Sun confirmed there were several Fellowships that artists on the Coast were eligible for, including: The Visual Artist Fellowship (Emerging), Visual Artists Fellowship (Established), Aboriginal Arts Fellowship, Rex Cramphorn Theatre Fellowship and Writers Fellowship (Early Career) open to all NSW residents.