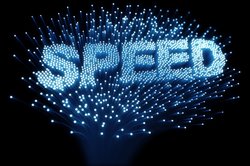 To unleash the enormous economic potential of the Central Coast, we need a world class communications system, not a Turnbull Government half-baked NBN system. It is not good enough that every three years at election time we are promised a few road construction projects and the construction of a few new buildings. They only have short term and limited benefi t to the Central Coast.

These types of projects don’t change anything fundamentally. We are still left with record high unemployment, underemployment, less training of apprentices, tens of thousands commuting to Sydney every day, more vacant business premises, unaffordable housing, growing homelessness and other serious social problems. The cost of Labor’s NBN fibre to the premise will not be a burden to Australia’s economy, it will be a valuable national communication asset.

It will be worth much more than the cost of its construction. When completed, it will make businesses more effi cient, productive and competitive, create new jobs and secure existing jobs, provide major improvements in the quality of health, education and other community services. It will reduce the gap between the quality of services provided in the city, as against people living in the country. According to SMH article 19/2/16 headed “Turnbull’s NBN Plan in Crisis”, it was two thirds behind schedule and its cost had risen from $29 billion to almost twice that amount. The economic truth is Australia can’t afford not to have Labor’s fi bre to the premise NBN scheme.