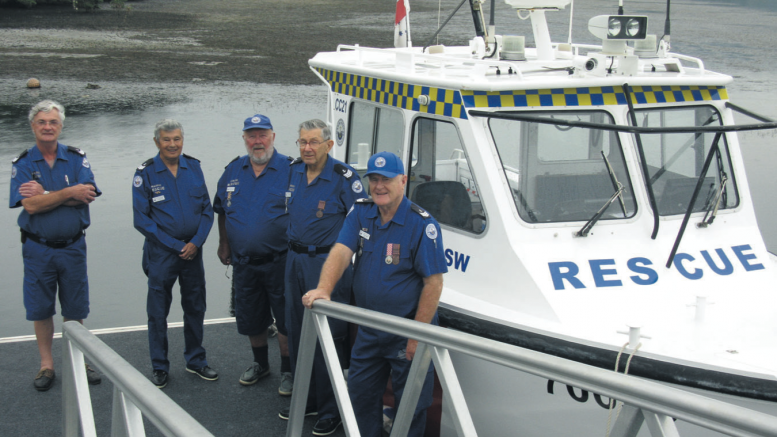 Five volunteer members of Marine Rescue Central Coast were acknowledged for their years of volunteer community service on Saturday, April 31.

The honours were presented by Ms Lucy Wicks MP, member for Robertson on behalf of the Governor General. Ms Wicks said: “These honours are richly deserved. “Each of the three new recipients, Alan Howes, Anthony Porter and Brian Warburton have selflessly served the community on the Central Coast for at least 15 years,” she said.

“It is an honour to pay tribute to their dedication to volunteer Marine Rescue and to the safety of boaters in our area. “Al Morris has served a further 10 years since receiving his National Medal and has now achieved 25 years’ service, and Norm Smith has served 20 years since receiving his Medal and has now completed an extraordinary 35 years’ volunteer service. “The awarding of these medals and clasps is to enable the community to say thank you for the services rendered,” she said.