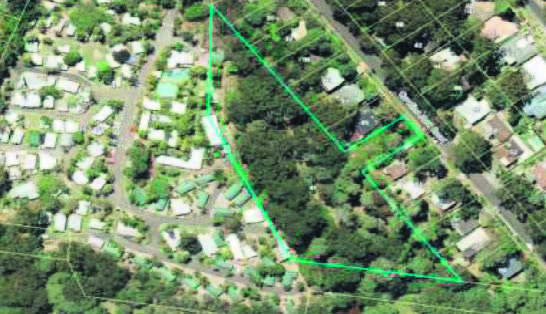 The proposed land at Avoca to potentially be rezoned as an extension to the existing caravan park.

Using this land as a caravan park would act as an extension to the adjoining Palms Caravan Park that has been in operation for over 40 years and currently provides for 130 long and 40 short term stays.

The proposal involves creating an enabling clause to permit ‘caravan parks’ as a use with the consent of council on the land, which is currently zoned for low density residential. It is anticipated that the land could accommodate a potential total of 13 moveable dwelling sites. Among other things, Council considered that the proposal has strategic merit as it would contribute to the supply of affordable housing at a time when there is a significant demand for such housing.

The land is located in an area where all necessary physical services are available and the use would be a minor extension to the existing long established caravan park. Council gave in principal support to the proposal and sought a Gateway Determination from NSW Planning to enable it to proceed. The land has been zoned for residential purposes since 1968. In 2006 Gosford Council granted consent for a nine lot subdivision then issued a construction certificate in 2015, but no development has taken place on the land. The planning proposal applicant has stated that the subdivision of the land is not financially viable due to the high costs associated with road construction to service the subdivision.

According to a staff report to the April 26 Gosford Council meeting: “The owner of the land has explored other development options that are permitted in the R2 zone but believes that the expansion of the caravan park will result in the best outcome for the area and the environment”. If the planning proposal is adopted, any future application for such a development would be subject to a formal planning assessment.