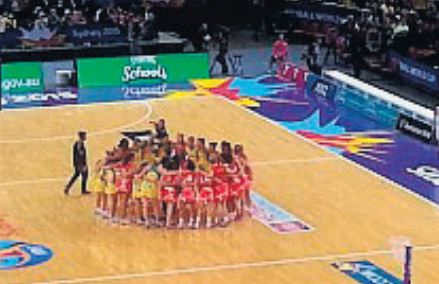 A Somersby sports infrastructure company has beaten international competition to secure contracts for the 2018 Commonwealth Games on Queensland’s Gold Coast.

Shoreline Sports Floors has been awarded the contracts for the supply of the sprung timber floor systems for the 2018 Commonwealth Games infrastructure builds. Shoreline’s ASF Horner PR2 System will accommodate one of the largest sporting events in Australia’s immediate future.

The tendering process was competitive with companies from America and Europe chasing the works on offer. Shoreline’s managing director, Mr Troy Marquart, said Shoreline appreciated the opportunity to show off its products on the international sporting stage and accepted the challenge of proving that a small regional Australian company can produce the quality and performance that is needed for sportsmen and women as they display their talents.

According to Mr Marquart acquisition of the contracts is a big step forward for small regional businesses and Shoreline hopes that the contract will generate more opportunities for the Coast. “As a local Central Coast employer we employee around 12 people and have just recently employed an apprentice to add to the team.

“We will be looking at increasing the number of people we employ with the works surrounding the Commonwealth Games. “We believe that our success in securing this lucrative contract is a major win for the Central Coast,” Mr Marquart concluded. The installations will commence in early 2016.