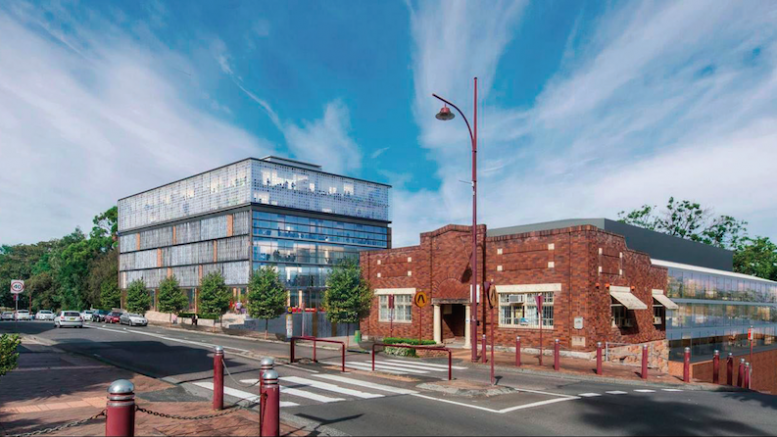 The announcement that a second public service office is to be built on the Gosford waterfront is further proof that the Liberals ignored the wishes of the local community, according to Senator Deborah O’Neill.

Mr Dominic Perrottet announced recently that a six-storey mixed-use commercial building housing 300 fi nance department workers would be built next to the Australian Tax Office on the old Gosford Public School site. “The state and federal Liberals have once again proved they believe they are above consulting the people of the Central Coast, who have clearly indicated to Lucy Wicks they didn’t want the ATO building on the waterfront,” Senator O’Neill said.

“The Gosford community welcomes the jobs, but this iconic waterfront precinct is not the place for public service buildings that will lock away land promised to the public. “There are many sites in the heart of the Gosford CBD that are begging for government buildings and the business they will bring to local commerce.” Documents requested from the Federal Government by Senator O’Neill late last year regarding the procurement of the school site for the ATO building include a letter from Mr Perrottet to federal fi nance minister, Mr Mathias Cormann pitching the school land for federal projects. “Mr Perrottet steamrolled the school site through for use for government buildings with scant regard for the community’s vision for the picturesque site,” Sen O’Neill said.

“My office and those of state MPs David Harris and Kathy Smith have been inundated with calls from concerned citizens who demand to know who is pulling the levers to hand over a proposed arts and cultural precinct to be used for government buildings instead. “The blame lies solely at the feet of the federal Liberals in cahoots with their NSW counterparts, and the people of the Coast have an impending opportunity to tell them what they think of such disdain for their views.”

The member for Terrigal, Mr Adam Crouch said: ”Sen O’Neill’s hype knows no boundaries”. Mr Crouch has held a series of meetings at his Erina office to ensure community leaders were aware of “the facts” surrounding the NSW Government’s plans for the former Gosford Public School site. He said the combined footprint of the Doma- Australian Taxation Office building and the recently-announced state government office building was 40 per cent of the available Gosford Public School land.

He said the government offi ce building in Donnison St Gosford was full and had just been re-leased to the state government for a further 10 years and that there was “no other site in the Gosford business district to put 300 employees”. “The NSW Government owns the school site, it is not public land,” Mr Crouch said. “It was rezoned under the council’s own master plan and always intended to be a mixed use site,” he said.

Mr Crouch said the NSW Government intended to lodge its development application for the second offi ce building on the former school land with Gosford Council on Monday, April 18, although expressions of interest won’t be called for the development of the building until May. According to Mr Crouch, the NSW Government has now put forward a “concept plan” for the whole of the former school land. It includes a multistorey car park next to the new building (known as 20 Mann St) and two further buildings with a mixture of residential, commercial and retail space.

The proposal includes the extension of Baker St and public spaces between the buildings to provide pedestrian access between Mann St and the waterfront. The concept plan also includes a performing arts centre on the current Poppy Park. Mr Crouch said he was critical of Gosford Council’s lack of consultation or clarifi cation about its decision to back away from locating the performing arts centre on Poppy Park. “Gosford Council has not built one new development in the Gosford CBD in a decade,” Mr Crouch said. He also said that the NSW Government expected a “return” from its sale of the Gosford Public School site which would be used for expenditure on schools, health and other community facilities.

Projects valued at $65M have been cancelled, deferred or reduced