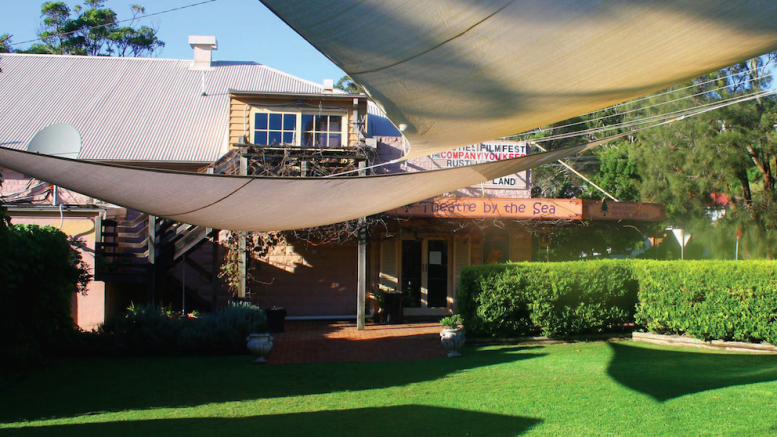 The potential heritage listing of the Avoca Beach Picture Theatre by Gosford Council has opened another chapter in the ongoing struggle over the future of the theatre.

Theatre owners, Beth and Norman Hunter continue to ask patrons to support their proposal to expand the theatre. Gosford Council refused the Hunter’s development application in 2015 but the couple resubmitted an amended proposal in December, 2015. However, Gosford Council recently included the theatre on a list of potential sites to be considered for local heritage listing. As a result, Friends of Avoca Beach Theatre, Old and New is asking community members opposed to the expansion of the theatre to write to Gosford Council’s heritage offi cer, Rebecca Cardy, arguing in favour of its heritage listing.

“There is no doubt that the theatre deserves this listing,” said the Friends of Avoca Theatre Old and New facebook page. “The most prestigious heritage fi rm in New South Wales, Clive Lucas Stapleton and Partners, was asked to review the application and concluded that the theatre is of great heritage value. “The National Trust, which has been involved in protecting the theatre since 2001 when they fi rst classifi ed it as important, has recently written to the general manager of Gosford Council, urging that it now be government listed.

“The Trust goes even further to say that it should be listed at the more important state-level. “They point out that Avoca theatre: is the only surviving beachside single screen in NSW; that it’s only one of two which is still owned and operated by the same family for 65 years; and that its Panastereo, a surroundsound system, has historic signifi cance. Norman and Beth Hunter, on the other hand, argue that to keep the theatre operating in an area with such high land holding costs means it has to expand.

“The proposal has always retained the existing theatre,” a fl yer distributed to theatre patrons by the Hunters said. “All our plans continue to include the existing theatre building as is. “It remains a single storey theatre with the auditorium intact and the lawn area remaining beside it, albeit smaller. “We will build, beside the theatre, three new small auditoriums seating between 31 and 55 patrons and another auditorium seating 161 people, each with comfort and great viewing paramount. “This will be a two-storey building. “Behind the theatre there are fi ve units each with their own underground parking. “We know that as a single screen we cannot continue. “The sensible fi nancial decision would be to close. “We hope that with the proposed extensions we will be able to continue to serve many more generations.”