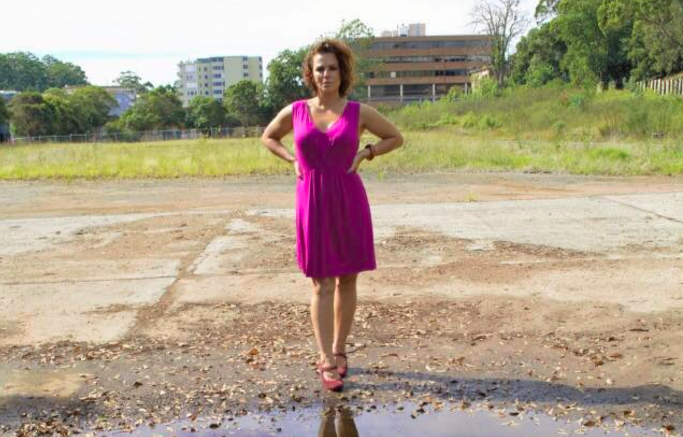 Vice president of the Multi Arts Confederation, Ms Fi (Victoria) Hopkins is not giving up the fight to return the former Gosford Public School site to the community as a performing arts precinct.

She has also put her name forward as a candidate for the Arts Party in the federal election. A petition to stop the building of the Australian Taxation Office building on the former school land has been signed by over 3,000 people, Ms Hopkins said. The petition, addressed to federal member for Robertson, Ms Lucy Wicks MP reads: “You must not allow the ATO building to be placed on the old Gosford Public School site. “Doing so will destroy the soul of the Arts and Cultural Precinct before it is even created.

“This should not be an extension to the Gosford CBD, which has ample alternatives.” Ms Hopkins said she is aware that politicians have a track record for ignoring petitions, even the one that collected 20,000 signatures to stop the closure of Gosford Public School in the fi rst place. “The time has come for people power, to continue to write to the press and actively join community groups that are positively keeping the pressure on our government representatives,” she said.

According to Ms Hopkins, the Multi Arts Confederation is “pro-actively keeping the community spirit alive with our MAC Mondays every third Monday of the month on the waterfront.” The regular monthly gathering is to promote arts and culture and to enhance connectivity within the community, she said. “There’s no place like home” doesn’t ring any truer than for local girl, Fiona Victoria Hopkins. She launched her career at 13 as Dorothy in Gosford Musical Society’s Junior production of the Wizard of Oz. Victoria has gone on to a successful career spanning more than two decades, working both in front of and behind the camera. As a working artist, Ms Hopkins has travelled the world in pursuit of her craft.

Now home, she said she is passionate about bringing her expertise, energy and experiences to create a more creative, cultural, educated and artistic life for the people of the Central Coast. Ms Hopkins wants to make the Central Coast an arts destination. “One of my first priorities would be to bring to fruition the long-promised Performing Arts Precinct in Gosford,” Ms Hopkins said.