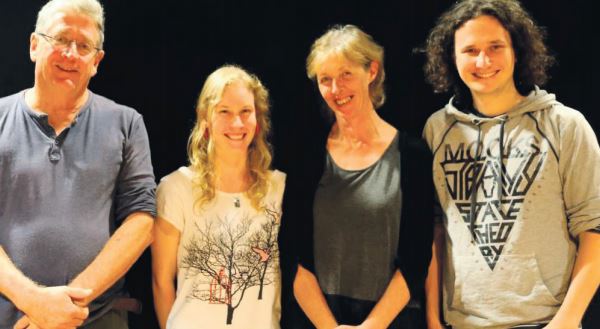 A free film showcase and screening event will be held at The Hub Erina Youth Entertainment Venue to kick off Youth Week.

The Idea to Screen, Short and Fast Film Screening, will be held on Friday, April 8 in conjunction with the monthly Film Global screening. The new, Central Coast-based, Emerging Filmmakers Foundation in partnership with Gosford Council Youth Services has developed Idea To Screen as a year-long program focusing on delivering quality programming for professional development through workshops, challenges and screenings.

The showcase screening on April 8 aligns with National Youth Week celebrations and the monthly Film Global event by Gosford Council and Northern Settlement Services. The screening event will include short films from the workshops, the Short and Fast Film Challenge and submissions received from other film makers, along with a selected program of short films from around the globe.

Film industry experts will sit on a panel to offer constructive critique to assist the filmmakers with their professional development. Awards on the night will include a $300 prize for the Best Short Film (fashion) made by a 16 to 25 year old sponsored by Lend Lease Erina Fair. Gosford Council will sponsor two commended prizes and two highly commended for films with a youth theme from film makers in the 12 to 25 years category and open category.

The Hub and Gosford Council Youth Services will sponsor Fast Film Raw awards with a fashion/youth theme for film makers in the 12 to 25 age group and open age group and there will be an audience participants’ award for a $2 donation.

Selected works will be screened in the foyer of the Erina Library during Youth Week (April 11 to 17) and at The Spot in Erina Fair (near the Ripcurl store) from April 18 to 24.