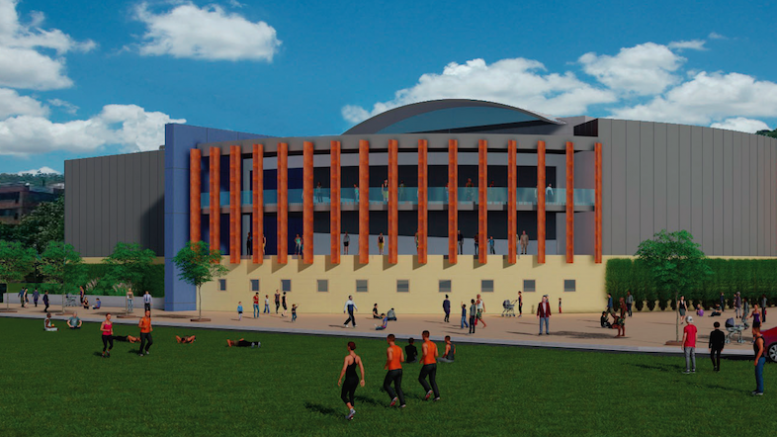 He has earmarked the remainder of the former Gosford Public School site (excluding the land now owned by Doma for the Australian Taxation Offi ce building development) to become “a playground for the people, not a playpen for the rich”. Mr Brooks has unveiled a concept plan for a Performing Arts Complex on the former school site. “The three level concept plan envisages a 1,000 to 1,500 seat performance hall and an appropriate acoustically designed 500 seat music and concert hall,” Mr Brooks said.

The concept plan also includes a conservatorium, restaurant and a café with views through to Brisbane Water. “Such a building would bring Gosford alive, enhance the waterfront and be a visual icon entry to Gosford,” he said. The concept plan also includes space for a performing arts school “to cater for the 300-plus students who now travel to Sydney or Newcastle, an outdoor concert and entertainment area, car parking and a bus and taxi drop off point. The concept plan takes into consideration an extension of Baker St across Vaughan Ave. The lower ground floor is dedicated to car parking.

The ground floor includes the conservatorium, administration, a music library, theatrette, rehearsal studios and a restaurant and the third level of the building includes the concert hall. The concept plan has been drawn up in consultation with local architect, Mr Geoffrey Grenfell.