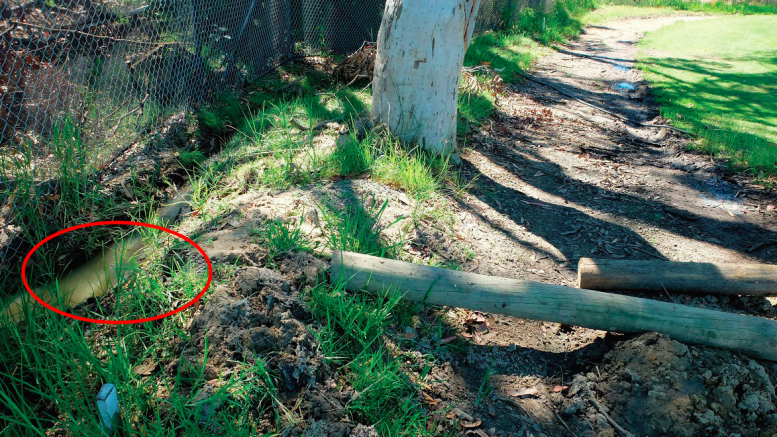 The Mountain Districts Association (MDA) has questioned the NSW minister for the environment’s interpretation of ground water test results and has been deeply disturbed by the way the NSW Government had treated its calls for an independent inquiry into the Mangrove Mountain landfill.

Dr Stephen Goodwin, spokesperson for the association, said claims made by the NSW minister for the environment, Mr Mark Speakman that water quality monitoring had shown no evidence the landfill was having a negative impact on Ourimbah catchment or stream health overlooked key facts and were not correct. “Perhaps the most damning statement of all was the claim that creek testing results [completed two months after the pollution incident was reported] was backed up by annual groundwater quality monitoring reports submitted by the landfill operators,” Dr Goodwin said.

“These annual groundwater monitoring reports actually show the opposite to that claimed. “In the period 2001- 2014, the data show that there were 25 incidents where the level of arsenic was equal to or greater than the maximum concentration recommended for drinking water in Australia. “While these were taken from groundwater and not drinking water, nevertheless these are serious grounds for concern.

“It makes us wonder what exactly did the EPA test the creek water for. “Aside from the normal direction of water flow in the groundwater aquifer that could take the contaminated water towards the local community and the agricultural and water bottling users, MDA is equally concerned about the high risk to the Central Coast drinking water supply. “One of the monitoring points at the north east side of the waste landfi ll routinely records the presence of arsenic in annual monitoring reports.

“The extreme slope of the waste mound at this point means that leachate containing arsenic and other toxic contaminants could easily fl ow towards the catchment of the Central Coast drinking water supply. “There is absolutely nothing underneath the waste mound to prevent this escape from happening”, he said. Dr Goodwin said the Mountain Districts Association had little confi dence in the adequacy of the present ground water sampling protocols.

The sampling sites are few in number and sampling bears no relationship to whether there has been a dry or wet weather period, and in fact, many samples have been returned as not taken because of insufficient ground water to collect a sample. “The number, location and frequency of site samples is in need of critical review. “Leachate movement is known to be extremely slow under these conditions and it could take several years for arsenic and other toxic contaminants to make their appearance, and by then, it would be too late.”