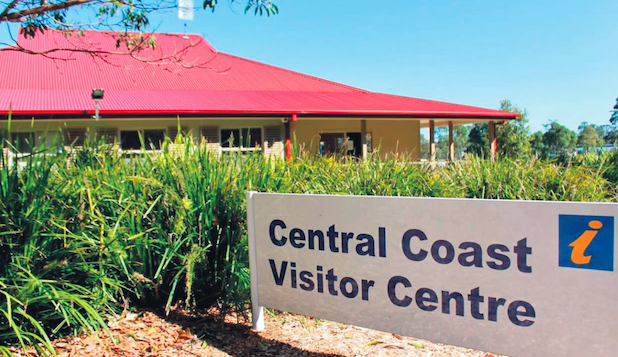 Gosford Council funding to Central Coast Tourism will cease on July 1, 2017 and the future of the organisation will not be decided until a new, merged Central Coast Council is up and running.

Council resolved to enter into a one year agreement with Central Coast Tourism, for the period from July 2016 to June 2017, at its ordinary meeting on March 22. Central Coast Tourism had earlier that day announced that 2015 had been a record-breaking year for tourism in the region. “The latest fi gures released by Tourism Research Australia indicate the value of the local visitor economy has surpassed $900 million,” said Central Coast Tourism CEO Ms Robyn Abernethy.

That is a 25 per cent year on year growth for the visitor economy and, according to Ms Abernethy, the impressive results were delivered as a result of marketing, industry collaboration, new product and the Australian dollar. Central Coast Tourism is a regional tourism body responsible for destination management, marketing and development. It has been funded by two key stakeholders: Wyong Council ($150,000 per annum) and Gosford Council ($416,210 per annum). The likely amalgamation of Gosford and Wyong Councils was one of the reasons for ceasing the organisation’s funding.

The future ownership of the vehicles has been a matter of correspondence between Central Coast Tourism and Gosford Council since August 2015. “The contribution that Gosford Council has made to Central Coast Tourism over time has been signifi cant,” according to a staff report to council’s ordinary meeting on March 22. “Questions have also been raised over a long period of time on value for money considerations and benefi ts for the tourism sector and the community as a whole,” the report to council said. According to the report, a key part of the council’s Economic Development Strategy is to review its ongoing role and alignment of goals with Central Coast Tourism. In addition to the impact of a large, combined Central Coast regional council on tourism, the NSW Government is currently reviewing Destination NSW which may have large-scale impacts on all regional tourist organisations and that report is due shortly.

According to the staff report to Gosford Council, some of the advantages of continuing funding for another year were: continued marketing momentum; continuation of Destination NSW campaigns; and continuation of the NSW Trade Investment Business Events Tourism Attraction Project. According to the report, Central Coast Tourism has eight full-time employees plus casuals and volunteers.

“The tourism industry on the Central Coast delivers signifi cant benefi ts to the local economy,” Mr Panetta said. “Over the next 15 months, Central Coast Tourism will work with both councils and consult with the new council entity to ensure the continued development of this vital sector of the local economy,” he said. “One key project Central Coast Tourism will drive is the next Destination Management Plan for the Visitor Economy 2017-2020, along with maintaining the destination’s presence in domestic and international markets.”