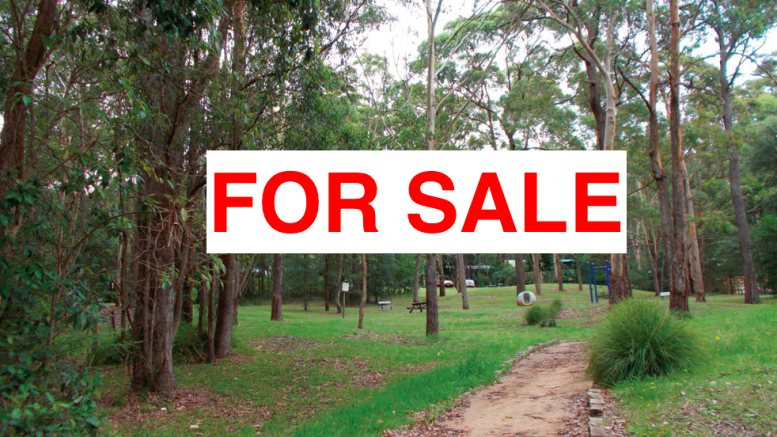 A large crowd attended the public meeting against the proposed reclassification and sell-off of local reserves, parks and green spaces by Gosford Council.

Around 200 residents attended the meeting on January 19 to show their opposition to council’s plans and voice their concerns about the loss of community space and lack of community consultation. Representatives from fi ve local groups spoke about what their local patch of green space means to their communities, said Save Central Coast Reserves representative, Ms Sue Chidgey.

“These included environmental values, opportunities for recreation, providing places for the community to meet and thrive and also spaces to get away from the stresses of daily life,” Ms Chidgey said. “Community members also voiced their concerns at the lack of consultation by Gosford Council leading up to this meeting.

“Questions were asked as to why Gosford Council needs to sell off $21 million worth of community reserves, parks and green spaces if they are in fi nancial surplus as reported in the press,” she said. “We also believe that in some cases, the public land was gifted to Council for community purposes,” Community Environment Network CEO, Ms Jane Smith said.

“This move by Gosford Council is alarming,’ Ms Smith said. “We are calling on Gosford Council to develop a documented Strategy that goes out for community consultation,” she said. “This strategy should identify any public land they propose to sell, information about how that land came in to public ownership, and an assessment of the true economic, social and environmental value of the land. “Importantly, Council should be talking to local communities about what this public land means to them,” Ms Smith said. Local environmental consultant, Mr Phil Conacher spoke in support of the campaign and provided a technical overview of the process.

Cr Gabby Bowles attended the meeting to speak about why she has supported the proposed sell-off to date. This was countered by Cr Vicki Scott who voted against the proposed sale and commended the community for rallying together. The meeting was also attended by member for The Entrance, Mr David Mehan and federal Labor candid ate, Ms Anne Char lton. At the end of the meeting, attendees voted overwhelmingly in favour of the following motion: “That Gosford Council: withdraw from sale those sites in Stage One and Stage Two that are classifi ed as operational land and halt the process of reclass ifying community land; develop a strategy that is put out on exhibition for public comment; and, undertake community engagement with the local community and interested stakeholders to assess the true social, environmental and economic value of any sites being considered as having sale potential.

“We hope that Gosford Council will keep the community fully informed throughout this process and that communities are listened to,” Ms Chidgey said.