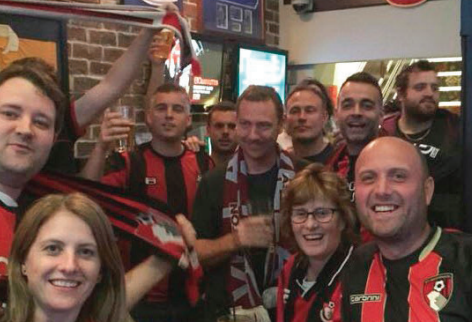 A new club for Central Coast supporters of the Athletic Football Club (AFC) Bournemouth will be launched on the Central Coast on Saturday, February 13.

AFC Supporters Club founder Mr Tim Watt said: “We are hoping to gather as many AFC Bournemouth, Central Coast Mariners and Premier League supporters as possible at both venues.

“If you have yet to choose an EPL side and you like an exciting attacking football, then you will be pleasantly surprised with AFC Bournemouth’s style of play”, Tim said.

Frydenberg visits the Coast to sell the Budget