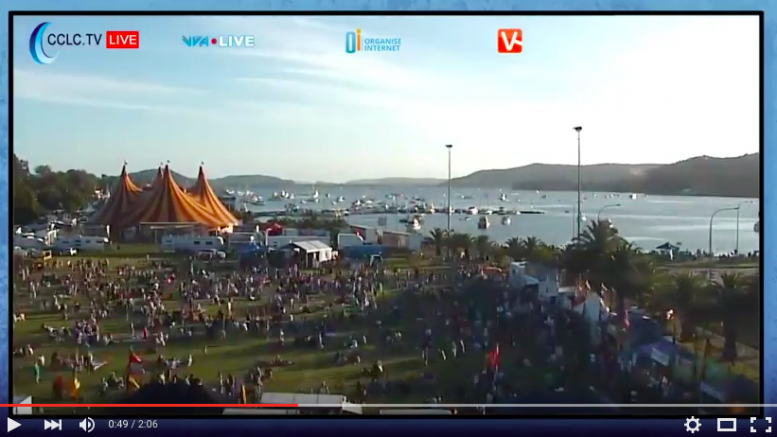 An amazing time lapse video of Gosford WaterFront on New Year’s Eve has been released by the Central Coast Leagues Club .

The video shows thousands of well wishers enjoying the foreshore and waterways on a beautiful evening over Brisbane Water.

The video compresses 4 hours of activity on NYE into approximately 2 minutes and was the handy work of Les Hornery who manages the camera on behalf of a series of technology partners. “We stream live video all day from the camera that we installed, it’s viewed by people all over the world, so I thought I’d put a little package together to show people our beautiful waterway” Says Les.

The Camera is part of a Research and Development project into high quality video audio and video streaming. Apart from steaming the view the dedicated YouTube Channel broadcasts radio and ticker tape news from a number of local sources.

David Abrahams of research partners Organise Internet says “We are very pleased with the quality and beauty being produced by this camera using the city’s high capacity fibre networks. It really is a community asset” adding “what Les produced is the sort of video any regional organisation could do for their own promotion”

The live stream can be viewed most days via the leagues club website at CCLC.com.au/live-tv