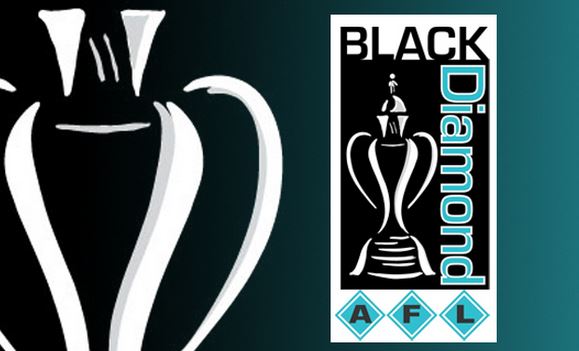 Black Diamond AFL has announced that BLK Sport will be the league’s major sponsor for the next three years.

The sponsorship, which will cover the 2016-2018, season, was announced by BDAFL president, Mr Wal Bembic. BLK will take over from Wilson Security who have been the league’s major sponsor for the past two seasons but opted not to continue with the sponsorship in 2016.

As part of the sponsorship deal, BLK will have the naming rights to the league as well as the Black Diamond Cup competition, which will now be known as BLK Black Diamond Cup. Mr Bembic said he was excited by the announcement.

“The BDAFL is very pleased to have BLK on board as a major sponsor for the next three years,” Mr Bembic said. “We have built up a good relationship with BLK through them being the league’s exclusive apparel supplier for the past two years,” he said.

“BLK is a global brand and for them to want to be the major sponsor of the BDAFL for multiple years is great reinforcement for the league. “We would also like to acknowledge the support Wilson Security has provided as major sponsor over the past two seasons.

“Whilst it is disappointing that they cannot continue in 2016 they have certainly contributed to the current healthy position the league is in,” he said. The BLK Black Diamond AFL season will be formally launched on Sunday, March 20.