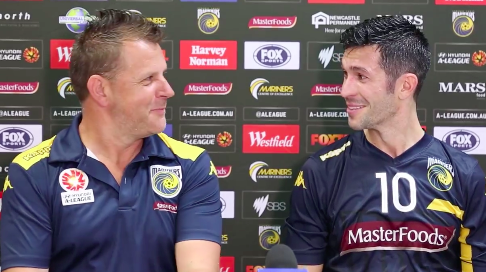 Former Spanish international and Liverpool FC champion is set for a short spell on the pitch as a “super-sub” for Saturday’s game against Western Sydney Wanderers.

Garcia has completed his first training session with Central Coast but will have to be content with a spot on the bench for his Hyundai A-League debut against the Wanderers on Saturday night.

Mariners boss Tony Walmsley confirmed on Friday he won’t risk his new Spanish superstar from the start, but he will play some part against Western Sydney at Central Coast Stadium.

The National Youth League grand final will also be held on Saturday at Central Coast Stadium between Adelaide United and Sydney FC. Commencing at 3pm all A-league ticket holders will be given free entry to this game.

The big event between the Mariners and Wanderers will commence at 7.30pm.