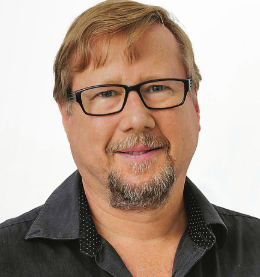 Eight of Gosford City’s finest citizens and community groups have been recognised at the annual Australia Day Community Awards on January 25, held for the first time during special Australia Day eve celebrations in Gosford.

Local military historian Mr Andrew Church was named 2016 Citizen of the Year for his tireless work to create a unique cultural and historical landmark for the Gosford City community. Opened to coincide with the 100th anniversary of the Gallipoli landing in 2015, Mr Church’s Central Coast Interactive War Exhibit at Gosford is the only heritage venue of its kind on the Central Coast and the largest in New South Wales.

An active member of many community groups, including the Gosford RSL Club, Gosford Chamber of Commerce and Gosford RSL Re-enactment Group, Andrew is committed to keeping the ANZAC spirit alive in our community. Gosford mayor Cr Lawrie McKinna said the awards would make sure Australia Day is extra special for Mr Church and the other award recipients. “I’m always impressed by the calibre of the Gosford City residents who receive our Australia Day Community Awards, and this year is no different,” Cr McKinna said.

“Not only is this time of year a great chance for us to come together as a community and nation, it’s also the perfect occasion to recognise these residents who are inspirational role models for the entire community,” he said. A Gosford City Australia Day Community Award is the highest civic award that a resident or community group can receive on a local level. Gosford City councillor, and chair of the Gosford City Australia Day Committee, Cr Jim Macfadyen said each of the awards recipients had tirelessly served the Gosford community.

“Thanks to the efforts of these eight leading citizens and groups, our community is a more inclusive and better connected place for us all to live in,” Cr Macfadyen added. “Each award recipient prides themselves on getting involved in the community and they deserve to be publicly commended for their great work. “I would also like to once again thank our judging panel which is always faced with some very tough decisions,” he said.