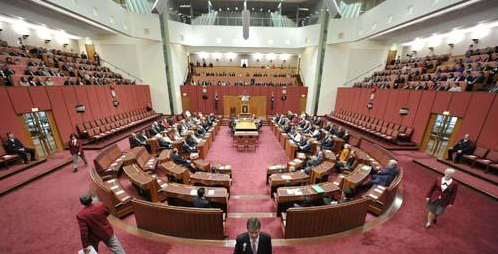 Senate votes in 37-28 in favour of ATO waterfront review

STOP PRESS: As we were going to press, the Federal Senate had voted resoundingly in favour of a motion by Sen Deborah O’Neill calling on the Federal Government to abandon the decision to build an Australian Tax Office on the Gosford waterfront.

“I demand the Prime Minister acknowledge the overwhelming decision of the Senate and meet with me to hear the people of the Central Coast’s concerns about building a tax office on prime waterfront promised to the community as public land,” Senator O’Neill said. “

Mr Turnbull needs to fully understand that the 600 ATO jobs are vital to Gosford, but the jobs need to be in a building in the CBD where their spending power will most benefit local businesses.” Senator O’Neill had formally requested a meeting with Malcolm Turnbull to pass on the sentiments of the people of the Coast, but had been fobbed off to a staffer of Assistant Treasurer Kelly O’Dwyer.

Speaking to the motion in the Senate, Senator O’Neill labelled the ATO project a “dodgy deal done in darkness by this Government with the State Government”. “They’ve put in DOMA Group to do it – from Canberra not from the Central Coast – and they’re going to pay them $70 million over the next 10 years in rent,” she told Parliament.

“This is a shameful use of taxpayers’ dollars, against the will of the community and I call on the Government to halt this process and consult the community before they waste that money. “They need to put the ATO in the middle of Gosford not that [waterfront] site.”

On Monday, November 30, the Turnbull Government had admitted a paper trail exists between the federal and NSW governments over the decision to put the ATO building on the old Gosford Public School after earlier denying correspondence between the two.

Harmony of the Heart planned for Harmony Day