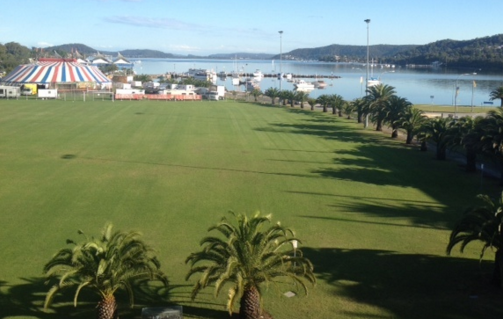 An event will be held at the Central Coast Leagues Club Oval on Saturday, December 5, in protest of the decision to build an Australian Tax Office on the old Gosford public school site adjacent to the Gosford Waterfront.

Local residents Ylenna Zajec and Anne Charlton will be spear-heading the Paint the Heart campaign to ‘wrap the site in love’ with a series of community pop up events.

“This site was set aside as a community, cultural and recreational precinct,” Ms Zajec said. “The people of the Central Coast relinquished this iconic site with promise of a wonderful community space, “Instead we have been told we are getting a tax office,” she said.

The event will take place from 4pm with people being encouraged to bring a heart or make one on site and/or bring an instrument to wrap the site in song.