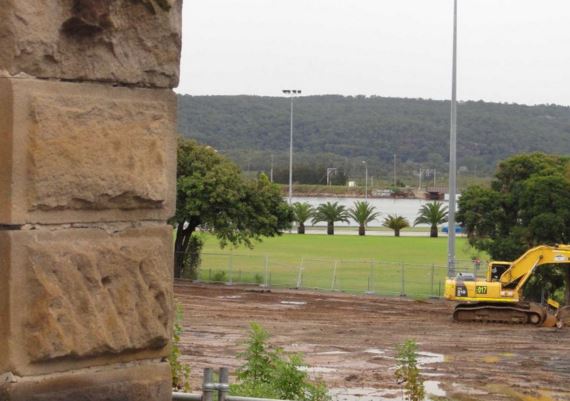 Senator for NSW, Ms Deborah O’Neill, welcomed news the Federal Government had finally agreed to fund its one-third share of the construction of a performing arts centre in Gosford.

“I am glad that I was able to drive the funding for our own performing arts centre by committing $15 million before the last election,” Sen O’Neill said.

But the project was still under a cloud as local Liberal MP, Mr Adam Crouch, appeared to be at odds with his boss NSW premier, Mr Mike Baird, over the site of the complex and the state’s contribution to the project.

According to Sen O’Neill, Mr Crouch had said NSW would only fund the complex if it was built on Poppy Park on the waterfront, a site Gosford Council had ruled out.

Meanwhile, Mr Baird, during a visit to the Coast last week, stated the government was working with Gosford Council to determine a site saying: “The good news is, there’s one coming.”

“So either Mr Crouch has got it wrong or Mr Baird doesn’t know his planning minister, Mr Rob Stokes, has told Mr Crouch that the $12 million funding was contingent on the Poppy Park being used,” Sen O’Neill said.

“I hope the Liberals can stop bickering about this important project and let the Council get on with the building.”

According to Sen O’Neill, the Commonwealth funding had come from the “Growth Plan for the Central Coast” implying that the $10 million was not fresh money but had simply been redeployed from the funding promised for the Kibbleplex regional library and community hub concept.

However, the office of Lucy Wicks has called that statement by Sen O’Neill completely false and intended to confuse the community and that the $10 million was in addition to the $7 million that has been in the past two federal budgets for the Kibbleplex concept.

Sen O’Neill said she had secured a Labor pledge of $15 million for the arts centre before the last federal election, and had recently written to Gosford Council supporting the project. “I have been right behind a Central Coast performing arts centre for a decade,” Sen O’Neill said.

“The community has wanted and needed this for almost two decades. “Now it needs to go in the right place, where the community wants it,” she concluded.