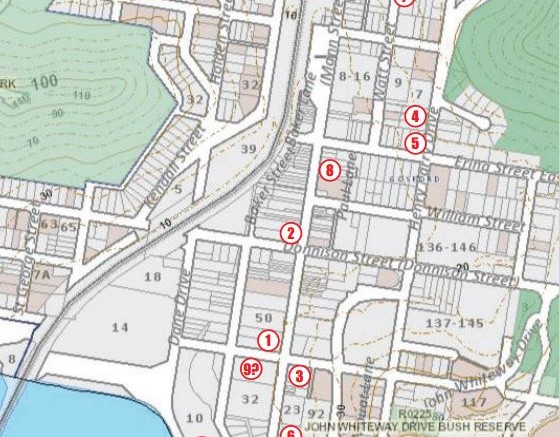 Almost $700 million worth of development has now been approved in Gosford’s city centre after the Hunter and Central Coast Joint Regional Planning Panel gave the green light for another landmark development.

The Panel approved a $234 million mixed use development opposite the Gosford City Council Administration Building in Mann St.

The Waterside development on the corner of Mann St, Georgiana Tce and Baker St includes three towers rising up to 33 storeys, an 80 room hotel, two cinemas and a tavern as well as 500 residential apartments, over 600 car parking spaces and other commercial and retail premises. Gosford mayor, Cr Lawrie McKinna, said the JRPP decision would cement Gosford’s position as the regional capital of the Central Coast.

“This is the second, vital game changer the panel has approved for Gosford this year,” Cr McKinna said. “For too long the site opposite Council’s administration building that used to house the Froggy’s skating rink has sat dormant.

“But now it’s finally set to be reactivated and play a defining role in the social and economic revitalisation of our city’s centre by delivering another much needed tourist facility and iconic structure only a stone’s throw away from Gosford’s waterfront,” he said.

“Gosford’s importance as a regional city has been recognised by the NSW Government and unlocking its potential means embracing new opportunities for stimulus and growth like the panel and Council has over the past year.

“Along with the almost $460 million worth of development already approved for the city centre, today’s decision is set to fi ll Gosford’s skyline with even more cranes to build a world-class city here on the Central Coast.

“I would also like to once again thank the Council staff who have worked tirelessly to review this development and provide very comprehensive reports to the panel,” Mr Anderson said.

Council had recommended that the Hunter and Central Coast Joint Regional Planning Panel approve the development.