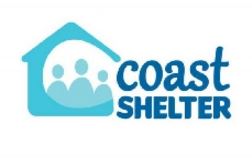 President of Coast Shelter, Gavin Shepherd has thanked the staff and volunteers who have contributed to providing more than 50,000 meals and 49,000 overnight beds to 693 homeless men, woman and children, during the Annual Report to Coast Shelter’s AGM.

“Although at Coast Shelter we are not able to accommodate every homeless person who comes to us for assistance, we continually seek additional accommodation to help wherever we can,” Executive Officer of Coast Shelter Laurie Maher said.

“The numbers of people needing our assistance continues to increase, and in an attempt to address the need, Coast Shelter has continued its advocacy for more affordable housing.” Mr Maher said.

Maher reported that, now having the management of the three Women and Children’s Refuges on the Central Coast as well, the service had concentrated on providing support and assistance to women and children fleeing domestic violence.

“It’s a horrendous situation, “The numbers of women and children abused in domestic situations is mind boggling and strategies have to be focused on meeting the needs of victims,” he said.

“Domestic violence is a whole of community responsibility,” Mr Shepherd said “And Coast Shelter is proud to take a proactive approach to addressing this problem, here on the Central Coast.”