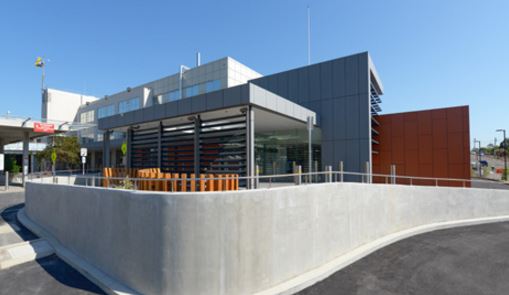 Members of the community have shown overwhelming support for the Central Coast Cancer Centre since it opened in 2013, with many locals volunteering their time to help patients, carers, visitors and staff.

Team members received the regional award from The Centre for Volunteering at a recent awards ceremony at Shelley Beach Golf Club. District Cancer Services Nurse Manager, Ms Philippa Clayton, said staff were delighted that the Red Coat volunteers had been recognised with this fantastic award and wanted to take the opportunity to say thank you for the incredible work they do.

“The Red Coat volunteers are the heart and soul of our Central Coast Cancer Centre,” she said. “Our volunteers inspire us as they selfl essly give up their time and talents to show up every shift with a smile on their face and lift the spirits of not only our patients and carers, but also our staff.”

When the Central Coast Cancer Centre opened in April 2013, 20 Red Coat volunteers began volunteering and now, more than two years on, 13 of those original 20 volunteers are still selflessly donating their time.

“Our patients and carers often send thank you cards and notes expressing their appreciation of how a volunteer has made a difference in their care,” Philippa said.

“It might only be a small thing such as making a cup of tea, assisting with car parking or locating a wheelchair, but it’s these little things, when your whole world has been turned upside down by diagnosis of cancer, that truly make a difference.”

The regional winners are now in the running for the overall NSW Volunteer of the Year Awards, which are announced at a gala event on December 4, 2015, to coincide with International Volunteer Day.