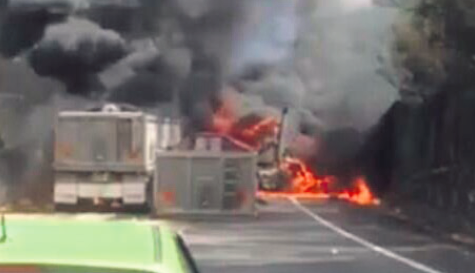 Motorists experienced significant delays on the M1 Pacific Motorway after a two truck accident at Bar Point on Thursday, October 29.

As a result of the impact, one of the trucks caught fire and was destroyed. Both male drivers were able to escape the wreck with minor injuries. One of the drivers did require further treatment to cuts and abrasions. A one kilometer contra fl ow had to be put in place between north of Jolls Bridge and south of Mount White for motorists who needed to travel through the area.