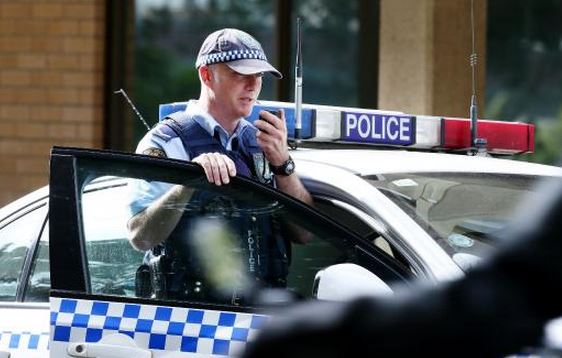 Police have seized an indictable amount of methyl-amphetamine (ICE) and a knife, while arresting three people following a break in at North Gosford.

Just before 1:00pm on Wednesday October 28, a house on Callemondah Ave was broken into. A white Toyota Hiace was seen leaving the home at high speed shortly after. Police from Brisbane Water Local Area Command were contacted and commenced an investigation. About 3:00pm, police patrolling the Gosford area stopped a white Toyota Hiace on Faunce St, after the driver allegedly failed to indicate.

Checks revealed the 24-year-old female driver’s licence was suspended. Offi cers noticed two men, aged 21 and 27, were in the back of the van, where there were no seats. The woman was arrested and upon searching her, it’s alleged a knife and 26 grams of ICE were found. Officers also searched the two men, allegedly locating housebreaking implements and items stolen from the North Gosford property.

All three people were arrested and taken to Gosford police station. Both men were charged with aggravated break and enter, and the older man was also charged with possessing housebreaking implements. The woman was charged with two counts of supplying a prohibited drug, possessing a prohibited drug, possessing a prohibited weapon, carrying a cutting weapon, driving whilst suspended; and having people travel in part of a vehicle not for passengers. All three were refused bail to appear before Gosford Local Court on Thursday, October 29. Brisbane Water Local Area Commander, Superintendent Danny Sullivan, said the arrests showed that if you are dealing ICE, eventually you will be caught.

“These alleged drug offences can come under notice after something as simple as failing to indicate,” Supt Sullivan said. “Police are constantly on the lookout for those who are ruining lives through the supply of ICE, and will continue with their relentless pursuit to stop the supply of the drug. “Indictable drug supply carries a penalty of up to 15 years behind bars and police will continue to actively hunt those involved in these offences and bring them to justice.

“This drug is poisonous to society, as the fl ow-on effects of ICE can be seen throughout the community. “Police are doing everything they can to stop the problem, but we can’t do this alone. “I would urge anyone with information about the supply of ICE to join the fight and provide information,” he said.