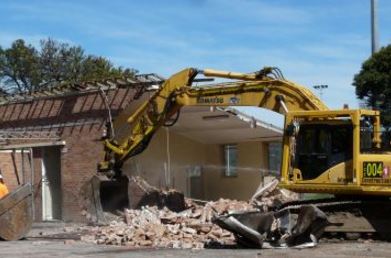 According to the member for Gosford, Ms Cathy Smith MP, it is time to start fighting for Gosford’s waterfront to be the site of a development that will give it international acclaim.

“We’ve always been mediocre and gone for the small,” Ms Smith said. She said she was infuriated by the news that the NSW Department of Finance was behind a second office block to be built on the former Gosford Public School site. “This is right in the middle of my constituency,” she said.

“We had a community outraged by the thought of one building on the school site when the tax office was announced and now we get a slap in the face because we’ve had an announcement about another building to go on the place,” she said.

Ms Smith said she was pulling together a committee that would include Central Coast Greens spokesperson, Ms Kate Da Costa, local artist Mr Neil Berecry Brown, and Central Coast Mariners’ CEO Mr Shaun Mielelcamp, to “push for an international presence on that block of land.

“We do have others coming on board and we are hoping to stop the sale and bring in an international art presence on the site to bring in tourists to re-fire Gosford and have Gosford totally reset.

“You only have to look at the MONA in Hobart to know what an international artistic attraction can do for a location. Ms Smith said the committee would be starting at the top by making contact with the likes of the Tate Gallery in London, the Guggenheim Foundation in New York City and the Louvre Museum in Paris.

“The Guggenheim doesn’t have a presence in the southern hemisphere,” she said. “If we can get a presence like this with some iconic building which of course they can design and build, we would have Gosford as a destination for international visitors,” she said.

In terms of statements from parliamentary secretary for the Central Coast, Mr Scot MacDonald MLC and member for Terrigal, Mr Adam Crouch MP, making state government funding for a regional performing arts centre conditional on it being located on what is now known as “poppy park”, Ms Smith said she was “appalled”.

“Surprised would be an understatement, I could not believe a state government could come out with such an obvious punishment for the people of the Central Coast,” she said.