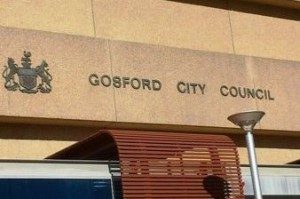 The Nature Conservation Council has alerted the Gosford Community to a change that has passed through NSW Parliament that gives the planning minister authority to appoint regional planning bodies that can impose new planning controls on local communities and councils.

“The implications of the GSC Bill go well beyond the Sydney region because it authorises the planning minister to establish similar commissions anywhere in NSW,” Ms Smolski.

“These changes affect regional communities across the state, but details of how these new commissions will be constituted, who will sit on them, and how communities will be consulted are totally lacking.

“Local councils deserve a full explanation. “This latest move discredits the Baird government’s commitment to proper public consultation and better outcomes for the environment and communities.”

According to Ms Smolski, the GSC Bill introduces a new Part 3B to the Environmental Planning & Assessment Act 1979 that determines how strategic planning is done in NSW.

“These changes have concentrated power into the hands of the minister and his appointed commissioners, and it is unclear how communities will engaged with these new regional planning bodies,” Ms Smolski said.

“We recognise the benefits of strategic regional planning and support this approach, but it must include community input and decision-maker accountability.

“The O’Farrell government couldn’t get its way on planning reform in the last parliament, where the upper house picked apart its Planning Bill. ”Now the Baird government is sneaking through key components of the O’Farrell reforms by inserting clauses into the back of other pieces of legislation.

“The Coalition promised to return power to the people, but here it is sidestepping the community once again.”