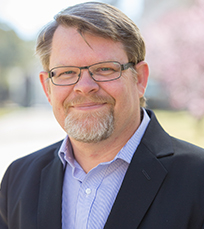 NSW councils were being forced into amalgamations that are unlikely to benefit local communities on the basis of flawed methodology, a leading academic has found.

Dr Joseph Drew, from the University of New England’s Centre for Local Government, said serious flaws in the methodology used by IPART to declare councils fit or unfit raised questions which were being ignored.

“Why didn’t the Government or its ‘independent experts’ at IPART see these obvious flaws which were pointed out on numerous occasions? “And more importantly, what will be the negative impacts on residents and ratepayers following decisions made on the basis of flawed assumptions?

“The likely impact of this process is significant, and I consistently ask why there has been no real attempt to get it right”. Dr Drew said he was deeply disturbed that councils were being forced to nominate merger partners by Wednesday, November 18, or face potential dismissal.

He listed a range of IPART errors made in its September 2014 Report, including an asset maintenance ratio benchmark greater than one, which would have required councils to spend more money on maintenance than was required; a debt service ratio benchmark greater than 0 per cent, which would have assessed debt free councils as unfit; and an “efficiency” ratio which measures expenditure per capita rather than efficiency (the conversion of inputs into outputs).

“Councils don’t produce people – they provide goods and services – so the so-called efficiency ratio is nonsense,” Dr Drew said. “Just look at road maintenance, which accounts for roughly 25 per cent of council budgets.

“As population decreases, the length of council roads tend to increase, so that’s a negative correlation with population size.” Dr Drew said the IPART was subsequently required to “clarify” many of its criteria.

“You really have to question whether IPART’s findings have any meaning whatsoever, or were just a Trojan horse designed to achieve a predetermined outcome,” he said.

He also pointed to “very serious flaws” in IPART’s measurement of scale via population data – the criterion on which the majority of councils were deemed “unfit”.

“Using population to assess scale means that IPART and the NSW Government believe that Councils don’t spend money servicing businesses and maintaining roads, or that the cost of servicing people living on farms is the same as the cost for people living in high density units in towns,” Dr Drew said.

“Clearly these assumptions are fatally flawed and have distorted the entire process. “As we count down to the November 18 deadline, councils – and communities – should be asking themselves whether their decision to merge or stand alone should be based on dubious IPART findings.

“I call on Premier Baird to halt the embarrassing sham that is Fit for the Future and engage real experts who understand local government. “It’s not too late to start again and do things properly.

“Mums and dads across the state will be exposed to higher rates and charges along with substantial assumed debt, unless steps are taken to address the corrosive effects of poorly executed Fit for the Future assessments.”

Dr Drew said councils should remember that IPART deemed 18 of the 26 councils merged between 2000 and 2004 as “not fit”, which made a mockery of claims that amalgamations today would have the opposite effect.

Council has until November 18 to respond re amalgamation

CBD Car parking about to be lost