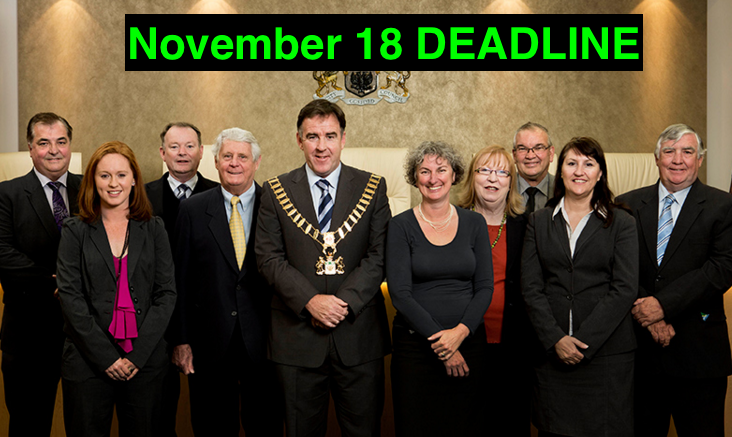 Gosford Council has decided to continue investigating options for structural change, and has commenced due diligence to ensure a fully informed decision can be made to secure a sustainable future for residents.

The State Government has given councils 30 days to respond to the Independent Pricing and Regulatory Tribunal’s (IPART) report, which identified Gosford Council as failing to be ‘fi t for the future’.

Wyong Council, which was also deemed ‘unfit’, has now reached a decision on its preference, which is to merge with Gosford Council. However, a number of options have been identified for consideration by Gosford Council, and council will seek to identify key pieces of information currently missing from the analysis of the proposed options, prior to making a recommendation on the matter.

Each option will be assessed against a number of potential impacts on the community, such as service delivery, infrastructure, strategic planning, local representation, financial sustainability, rates, water security and the workforce. Gosford mayor, Cr Lawrie McKinna said it was important that council used this time to gather the facts on all possible opportunities to present to the State Government for their fi nal consideration. “It is disappointing to find ourselves in the position where we may need to make unpalatable decisions to mitigate risks and protect our community.

“I firmly believe in, and Council has clearly demonstrated, our capacity, capability and financial sustainability. “This is a signifi cant decision that will have a lasting impact for the residents of Gosford, and it is one which should be made with residents’ interests at its heart,” Cr McKinna said. Should Gosford and Wyong Councils agree on the merger option, both councils will work together to infl uence the set-up of the new organisation. With a population of over 331,000 and a total area covering 1,767 square kilometres, a voluntary merger may allow a degree of control on the integration process and transitional arrangements.

“Today we have commenced discussions with relevant councils in order to work towards a productive and positive outcome. “However, the Premier has made it clear that if councils don’t respond with an acceptable preference by November 18, it is very likely that the NSW Government will force Gosford and Wyong Councils to amalgamate. “This would see the State Government take control of the newly formed organisation with little input from respective councils.

“I now ask Council to give, as we have always done, our full consideration to ensuring the best interests of the Gosford community are protected. “I would like to thank the community for their support and patience as we work through all considerations to determine the best way forward for the Central Coast,” Cr McKinna said. The municipal district of the Borough of Gosford was established in 1886.

Early, independent analysis indicated that while there was some benefits to an amalgamation with Wyong, it would also likely result in Gosford City’s average rates increasing by approximately $160 for residents and $683 for businesses, with no increase in overall revenue.

Whilst the State Government is offering access to additional funding to assist with the amalgamation process, transition costs are significant and often underestimated. Gosford Council’s original Fit for the Future submission to the State Government indicated a desire to remain a stand-alone council, which was supported by the Gosford City community in an independent community survey. In order to optimise the success of a standalone position, a Joint Organisation (JO) with either the Hunter or Central Coast would need to be agreed on by both Gosford and Wyong councils.

A further option that is being investigated is a proposed boundary adjustment resulting in the Wyong LGA being absorbed by Lake Macquarie and Gosford, with all services and infrastructure divided in consultation. Other amalgamation options will also be explored as part of the process between Gosford and Hornsby, as well as the consolidation of Gosford, Wyong and Lake Macquarie. However, based on initial research, this option would be considered too large to make service delivery or governance practical.