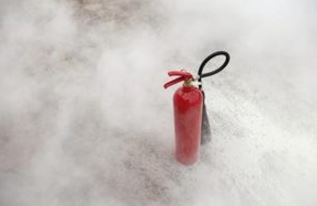 “Two Scout halls have been broken into recently. “Senseless damage to the halls and equipment is again going to cost local Scout Groups vital funds.

“The Scout Hall at Terrigal has been broken into several times this year and is costing the group more and more as insurance premiums rise. “A second hall broken into was simply vandalised, with fire extinguishers sprayed everywhere and memorabilia destroyed.

“Damage to irreplaceable memorabilia is devastating to the current and former Scouts that have grown up as members of the local groups. “At a significant additional cost, we are now looking at increasing security at all our halls,” Mr Perrem said.

“Our youth members run their own fundraising to buy things like canoes and tents and it is very upsetting that senseless vandalism can take it away for no reason.

“With the cost of repairs and damages running into many thousands of dollars this year alone, the District is now looking for funding options to beef up security at all our halls,” he said.

Police have been alerted to both incidences and have obtained fingerprints and other evidence.