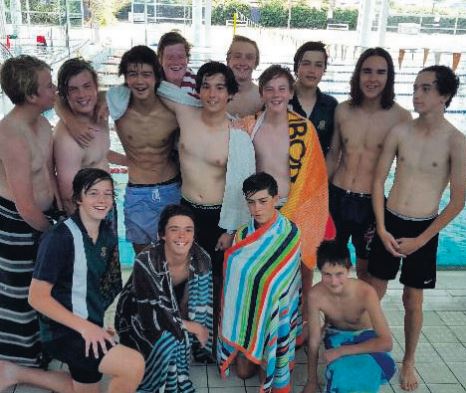 Both the boys’ and girls’ junior water polo teams from Henry Kendall High School played in the knockout competition at the Peninsula Leisure Centre on October 19 and 20.

The boys had great success winning their first match against Wadalba with a giant lob for a goal by Harrison Whitney in the last few seconds of the game. They went on to play Tuggerah Lakes Secondary College and the game was a draw at full time.

They went into immediate knockout mode and after six equal attempts, finally lost the match. Mitchell Wood and Tom Cuthbert were stand out players, but credit to all of the boys who gave it a go, especially the Year 7s, some for the first time.

Abbey even got sent off, then managed to stop the game when she came back on too fast, which left the other team with a five metre penalty shot but Mae saved in goal.