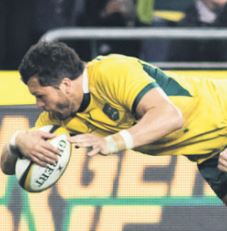 The announcement was made during an industry event hosted at the Wyong Race Club, on October 19, 2015, Ms Chambers wowed the audience with an exclusive acoustic performance of ‘Not Pretty Enough’ and a Central Coast inspired song penned specially for the evening.

She was accompanied on stage by the local duo, ‘Grizzlee Train’. Both ambassadors have a deep connection to the Central Coast, said Central Coast Tourism board chairman, Mr Craig Ellis.

An Australian singer, song writer, story teller and local resident, Kasey Chambers, knew during her first visit to the Coast in the early 90s that this would be the place she’d call home.

International Rugby Union player and reigning Central Coast Rugby 7’s ambassador, Adam AshleyCooper, was born and raised on the Coast and no matter where he is in the world, he is proud and honoured to say he is from the Central Coast. “Our ambassadors were chosen not only because they have a genuine bond with the region, but are also actively involved with the local community,” she said. Coinciding with the announcement of the ambassadors, the 2016 72- page edition of the Official Visitor Guide to the Central Coast was released.