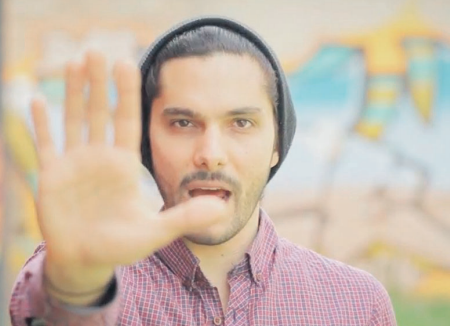 Best-selling independent writer and spoken word artist Luka Lesson returns to Gosford on November 1 with ‘Antidote’, an ode to our words being the remedy for such poisonous times.

Luka Lesson is a spoken word and Hip Hop artist who has been writing rap music for nine years.

Antidote is a brave new anthem and a soundtrack to shedding our skins and embracing change in the current climate.

It is filled with the vulnerable and political philosophies that Luka is known for, as well as some rare hilarious moments never before witnessed in his repertoire.

This workshop is an opportunity to come together with an internationally experienced workshop practitioner to hone your craft, take a leap into writing for the first time or discover new realms within your performance.

Luka has been facilitating workshops since 2006, within which time he has worked with poets and rappers of all levels from New York, Denver, Austin, China, Hong Kong, Vietnam, Greece and hundreds of schools and colleges Australia wide.