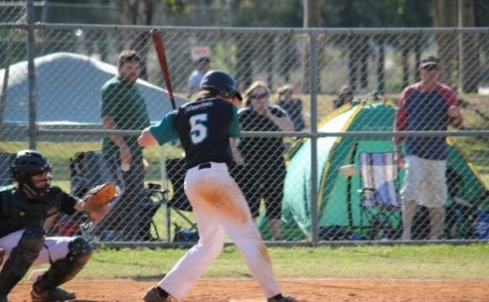 The Marlins are entering their 10th season in the state’s premier baseball competition. Last year the first grade squad fell away in the final five games to miss the playoffs. However, a second grade premiership ensured the year was still a successful one. This year’s first grade squad will transition some of the Central Coast’s best young talent, with several juniors expecting to see playing time.

An experienced pitching staff will see the Anderson brothers, Craig and Paul, return, along with Geoff Brotherton and Kurt Eden expecting to throw a majority of the innings. Jarrod Eacott has also returned and will provide valuable left-handed innings. The offence will be led once again by ex- US based minor leaguers boss, Moko Moanaroa as well as Jason Rees and Michael Campbell. Defence will be kept together by infi elders Mick Ashton, Tim Joughin and Chris Ings.

The Marlins fell agonisingly close to opening their 2015/16 campaign with a win over the Macarthur Orioles, stranding the tying runner on base in a 6 to 4 loss. Kurt Eden started on the mound for the Marlins and pitched deep into the game. Craig Anderson threw an innings of relief. It was, however, some minor fi elding errors at times that proved the difference. Offensively, two local 16 year old talents debuted, with Jake Amos and Nick Anderson-Vine each collecting hits in their fi rst match in the senior ranks. Email, Sep 24, 2015