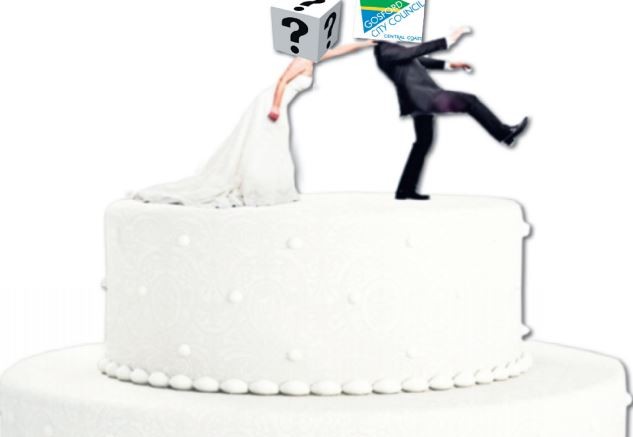 The NSW Independent Pricing and Regulatory Tribunal (IPART) has announced that, on the basis of Gosford Council’s proposal to continue operating as a stand-alone local government, it has been rated unfit.

IPART’s chairman, Dr Peter Boxall said proposals to stand alone were assessed according to whether they delivered the scale and capacity, financial sustainability, the ability to effectively manage infrastructure and services and efficiency for the community.

“We have considered the Independent Local Government Review Panel’s (ILGRP) preferred option and whether the proposal demonstrates the council can achieve the key elements of scale and capacity.

In the case of Gosford Council, the ILGRP’s preferred option was to “Amalgamate with Wyong or a multi-purpose Joint Organisation”.

The ILGRP also said that no separate water corporate body would be established for the Central Coast until other options were properly evaluated. Wyong Council received the same rating as Gosford: “not fit” and the ILGRP’s preferred option was to “Amalgamate with Gosford or a multi-purpose Joint Organisation”.

Gosford mayor, Cr Lawrie McKinna said he had taken part in a link-up with NSW premier, Mr Mike Baird and minister for local government Mr Paul Toole on the morning of Tuesday, October 20. Cr McKinna said he was told that Gosford had failed to meet the scale and capacity criteria.

Wyong, Lake Macquarie and Newcastle councils had also failed to meet the scale and capacity criteria. Cr McKinna said mayors from around NSW who participated in the linkup were told they would be receiving the IPART assessments on Tuesday afternoon.

The results were released to the media at 12:00pm that day and when Coast Community News spoke with Cr McKinna he said the only written information he had received was the media release, which had been given to him by another party.

“We asked earlier in the process what was meant by scale and capacity and they were never really clear about what it was,” Cr McKinna said. He said mayors did ask Mr Baird and Mr Toole whether they had a right of reply. “We were told ‘no, you’ve got 30 days to decide what you are going to do’.

“So we have got 30 days to sit down with Wyong and discuss amalgamation or Hornsby or whatever. “But at the moment, we’ve got a resolution from Council to stand alone.

Councils deemed unfi t have 30 days to come up with a proposal to merge with a neigbouring council or lose access to $1 billion in extra funding announced at the beginning of the Fit for the Future process. “We’ve not got a full meeting tonight [Tuesday, October 20] but we’ve got a strategic policy workshop.

“There is a full council meeting next Tuesday, so I am sure over the next seven days there will be a lot of discussion,” he said. Cr McKinna said he had been approached by Wyong mayor, Cr Doug Eaton OAM to have a one-on-one meeting to discuss the possibility of an amalgamation between the two councils.

“But I have got a council resolution that we stand alone so I can’t go and talk to him as an individual because I am part of the council,” Cr McKinna said. Gosford CEO, Mr Paul Anderson referred Coast Community News to Cr McKinna when we asked for his views on the IPART recommendation.

Other councillors were also caught unaware of the IPART recommendation and stated that they were not prepared to comment until they had seen the detail of the report.

Widening of the Tuggerah to Doyalson motorway is complete