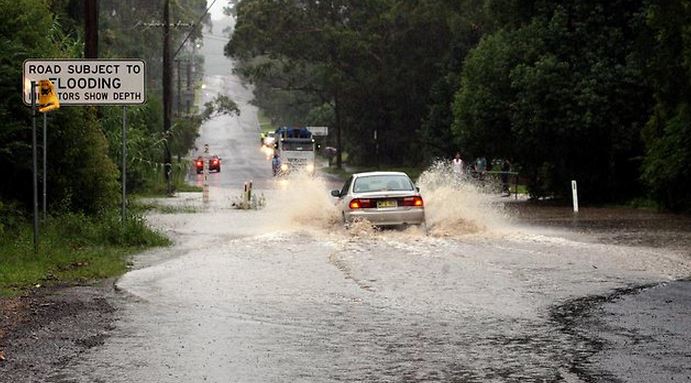 Flood liable suburbs have been dumped by Gosford Council according to the NSW Coastal Alliance which has questioned Council’s coastal and flood management plans.

According to NSW Coastal Alliance secretary Mr Pat Aiken, Gosford Council has received more than $6.5 million dollars in financial assistance from the NSW Government since 2006/7 under the Coastal, Estuary and Floodplain Management Programs.

Mr Aiken said planning for adaptation to Sea Level Rise (SLR) is claimed by Council as requiring immediate attention but has been stopped with no set date for recommencement.

Lake Macquarie City Council now has that role. According to Mr Aiken, Lake Macquarie Council has developed an SLR Adaptation Plan that has been recognised in an international daily journal, ‘Coastal News Today’.

The SLR Adaptation Plan for Belmont South and Marks Point in Lake Macquarie, has taken less than 18 months to develop and leads the way for future adaptation for all Lake Macquarie communities projected to be affected by future SLR, around 7300 homes.

“The plans require 149 new planning certificates with improved information for home buyers and insurers, include inaccurate floor levels for 4,000 flood affected homes to be sold to the Insurance Council, and rock walls for beaches in the knowledge they will be rejected by the NSW Government,” Mr Aiken said.

“In 2010 Gosford Council claimed 9,000 homes would be affected by future SLR. “Now Gosford Council is gambling on securing the construction of 500 apartments and more commercial buildings in Gosford CBD.

“All we seem to have is a plan to grow Gosford CBD while abandoning coastal communities and existing valuable public infrastructure. “After more than eight years of studies and planning, Gosford Council can’t see the importance of providing certainty for vulnerable communities affected by the SLR projections.

“Assuring the wellbeing of those suburbs through positive planning for the future would support the success of our local economy including Gosford CBD,” Mr Aiken said.

Mr Aiken said that the redevelopment of the CBD would be for naught if the local area did not progress with it.

“With the sword of Damocles hanging over thousands of Gosford families today, why has Gosford Council abandoned plans for adaptation to current and future fl ooding and coastal erosion?” Mr Aiken said.