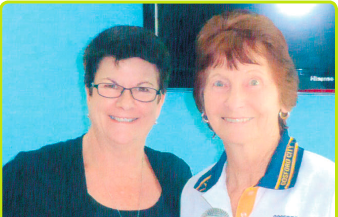 Funds raised were attributed to the Club’s charity day held earlier in September. Club member, Ms Blanche Woodbury, said raising money for the hospital was one of the Club’s passions and that collectively, the club has raised over $11,000 in charity donations.