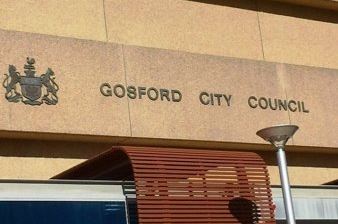 “While Ms Wicks’ crocodile tears roll down her face and she decries the state of local roads, she is also in Parliament voting to cut funding for local roads, voting to freeze budget increases, and voting down federal assistance grants to local councils,” Sen O’Neill said in Parliament.

“In the Abbott Government’s first Budget, it froze local government assistance for three years, cutting $925 million from communities. “For the Central Coast, this is a funding cut of $8.4 million.

“That’s $8.4 million dollars that isn’t going into our local roads, yet the member for Robertson is quite comfortable telling locals that she agrees with them and will stand with them in this fight.

“The problem is she has to stand up and fight against herself. “This is the art of deception at its most malevolent.” Sen O’Neill said.

According to Sen O’Neill, the Abbott Government was forced to admit in Senate Estimates hearings to having undertaken no consultation with local councils or communities before making the decision to cut the roads funding.

“The flow on from this will hamper these councils’ ability to provide good local roads, decent libraries, well-maintained parks, regular garbage pick-ups and high quality essential services, including child care,” she said.

Sen O’Neill said this wasn’t the first time a Liberal Government had left the Coast behind. “In the final term of the Howard Government, Gosford Council received only $1 million – despite the local member also being the Roads and Local Government Minister.

“Under Labor, in just the three years between 2010 and 2013, we delivered $58 million to Council for local roads, services and infrastructure. “What new money has the Abbott Government actually brought to the Coast in two years? “$10 million for sewerage at Somersby?

“The truth is Lucy Wicks is in Canberra, using her vote to cut funding and freeze money for the Central Coast roads. “This is a sad reality, Lucy Wicks should be honest with the people of Robertson,” she said.

The Cliff Richard tour ‘performs’ on the Coast