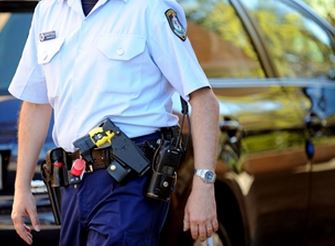 Residents are being warned to exercise vigilance after two people impersonating police stole money from a woman’s home in West Gosford on the evening of Wednesday, August 19.

About 6:00pm, two men knocked on the door of a home in Mann St, West Gosford, and told the female occupant they were police officers executing a search warrant.

Once they were allowed inside the home, they ‘searched’ the premises and took cash belonging to the woman.

They left a short time later in a navy blue sedan. The occupant was not injured in the incident and notified officers from Brisbane Water Local Area Command on Thursday, August 20.

The men have only been described as being in their late 30s and dressed in casual clothing. If you suspect a person is impersonating a police officer, always ask for official police identification.

A police officer’s badge will have a coloured backing and have a separate photo identification card. If you suspect someone is impersonating a police officer, contact the police station the officer belongs to in order to verify their identity.