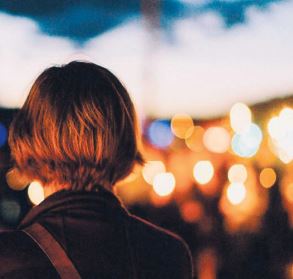 Central Coast for Social Justice will be holding another vigil on the Gosford waterfront as part of its ongoing campaign for the Australian Federal Government to show more compassion to asylum seekers.

The next vigil will take place at 6:00pm on the Gosford waterfront on Monday, September 28. At 5:00pm there will be a letter writing station set up so residents can write letters to local members and the new prime minister asking them to treat refugees with compassion.

“The crowd really appreciated all that was shared from a traveler (Keith), a Villawood visitor (Lee), a teenager (Joey) and Aboriginal elder (Riverbank Frank), a universal welcome indeed,” Ms Merrick said.

Ms Parker said she urged Mr Turnbull to take a more compassionate approach to refugee policies and said she hoped the fearmongering, racism and cruelty of Tony Abbott’s ministry left with him.

“I have friends in detention onshore, offshore, in transit countries, living in fear in their home countries, and in desperate limbo here,” Ms Parker said.

“Please reject the policy of deterrence and change Operation Sovereign Borders to Operation Safe Arrival. “Use the billions we waste on deterring and detaining traumatised people to build houses instead, the refugees would help,” she said.

Ms Parker ended her address by imploring Mr Turnbull to be a Prime Minister we could be proud of so she could sing our national anthem with pride again.

“The part about “boundless plains to share”, whatever happened to that?” she said. Central Coast for Social Justice, in association with Gosford Anglican Church host a quarterly ‘Welcome to Our Place’ dinner.

Ms Merrick said the quarterly dinner is held to inspire and nurture new relationships within the community. The November dinner will take a look at what life is like in Australia’s immigration detention centres.

Davistown Walk on the Waterfront for Juvenile Diabetes