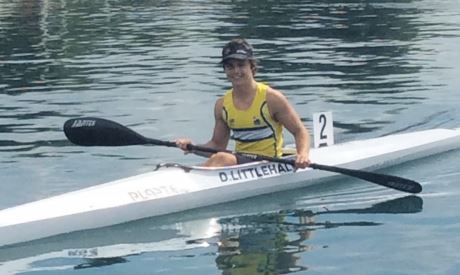 The Avoca Kayak Club (AKC) is a recently formed club in Avoca that supports elite athletes in sprint kayaking as well as developing new paddlers all over the Coast.

Top athletes that are members of AKC include: world class ski paddler and kayaker Lachie Tame, who last week won gold in the men’s K2 500 final at the Sprint Canoe World Championships in Milan, twenty-four hours after winning silver in the K2 1000, and qualifying for the next Olympics.

Another member, Riley Fitzsimmons, topped off a great month winning a gold medal at the International Junior World Championships, and a silver medal as part of the men’s K4 1000m team in Milan. Fitzsimmons and his crew also qualified for Rio.

Rob McIntrye, Sam Hutchinson and Ella Beere all recently competed in and won medals at the International Junior Kayaking World Championships in Portugal. 15-year-old Kariong High School student, Dylan Littlehales, debuted at the Paracanoe World Championships in Milan last weekend and walked away with a spot in the finals.

Sawtell a good example for Avoca