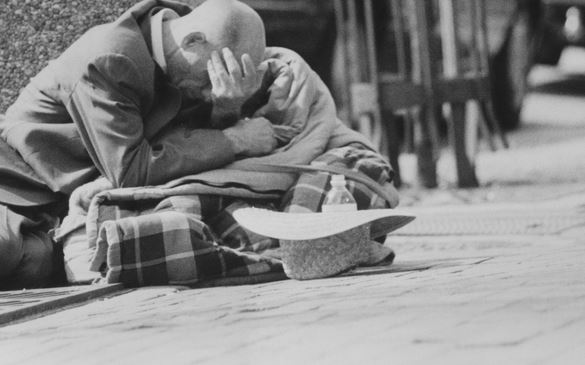 “In a winter which has hit records for freezing temperatures, the need for weather proof swags for those sleeping on the street has been greater than ever,” Laurie Maher, Executive Officer of Coast Shelter said.

“The generosity of both the NSW and the Central Coast Law Societies will provide more than 30 swags to make life more bearable,” Mr Maher said.

The chronic lack of affordable housing on the Central Coast for those on fixed incomes and the unemployed, compounded by the shortage of crisis accommodation in refuges, means that more and more people doing it tough in our community can find no alternative, other than to sleep rough on the streets, in doorways, squats, under bridges and in the bush.

“Each year the number of homeless has increased,” Mr Maher said. “The swags provided by the Law Societies will make a big difference for our fellow citizens who, because of their circumstances, are the most vulnerable in our community.

“The swags will complement the range of support provided through Coast Shelter’s Coast Community Centre.”