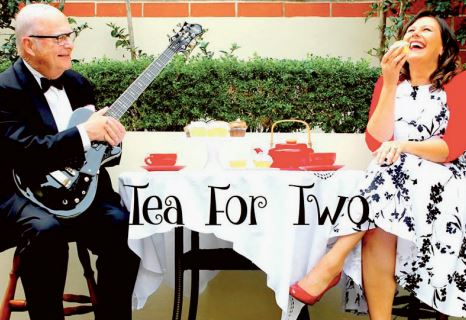 George Golla just wanted to hit the road and play to celebrate his 80th birthday, and particularly play at one of his favourite venues, the Central Coast Conservatorium.

“He performed here many times with his friend and late colleague, Mr Don Andrews,” Ms Kelly said. Golla, who turned 80 on May 10, has collaborated on a new duo album with Sydney songbird, Ms Jacki Cooper.

Their performance at the conservatorium’s Robert Know Hall on Friday, November 6 will be part of a series of concert tours around Australia.

The album, called ‘Tea for Two’, is a collection of George and Jacki’s favourite songs. George Golla is an awardwinning Polish jazz guitarist who has called Australia home since the 1950s.

“He has played with all the leading jazz musicians in Australia, most notably forming a famous partnership with Don Burrows that continued for almost 40 years.

Apart from jazz, he was deeply involved in studio sessions of all kinds including playing the theme for Skippy on the banjo.

Jackie Cooper earned a Bachelor of Music in Jazz Voice in 1993 at Adelaide’s prestigious Elder Conservatorium and early in her career, she worked with Dave Dallwitz and Australian jazz greats Graeme Bell and Ade Monsborough. Ms Cooper has toured Europe, Russia and Scnadinavia with an eightpiece swing band.