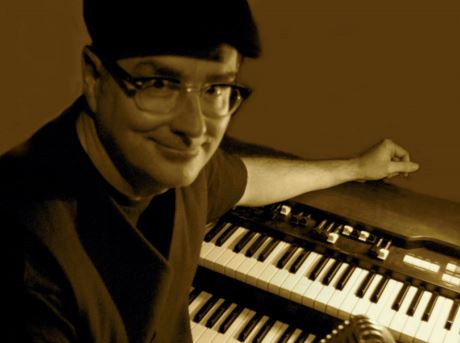 Dorian Mode is a multi award-winning jazz musician who is as well known for his funny novels as his cool music. After living in New York with his mother he returned to Australia to sit for a degree at the Sydney Conservatorium of Music.

He continued his studies and has a Masters Degree (Hons) and in 2014 was awarded a Doctorate in Music and English Literature (APA Scholarship winner). He first hit the jazz scene with the mighty Hammond B3 Organ.

At the time, he was the only exponent of this classic 60s jazz sound in Australia and it earned him a contract with EMI Records – one of the few Australian jazz artists to be signed to a major label..

He released his debut CD ‘Rebirth of the Cool’, that reached number two in Japan.

Dorian has since recorded numerous jazz CDs with his last one winning two ABC Music Awards for Best Jazz Composition and Best Instrumental. He also won Best Theatrical Score for music he composed for ‘The Good German’ the following year.

He’s since performed at leading jazz festivals and venues including The Sydney Opera House and numerous television shows, and recently performed with his hit cabaret show at the 2013 and 2014 Sydney Fringe and Adelaide Fringe Festivals in the prestigious Spiegel Tent.

He has written two novels (published by Penguin – Random House in Europe) and is a widely published writer with leading magazines and newspapers.

Years of schlepping the Hammond B3 Organ with twin Leslie speakers took its toll on Dorian’s back so he returned to piano.

However, he recently acquired the portable digital version of the Hammond B3 and has reformed his groovy swinging trio.

ARIA nominated album to be performed at Laycock Street

Amped, Culture, Out & About

New ‘on hold’ music will make a difference