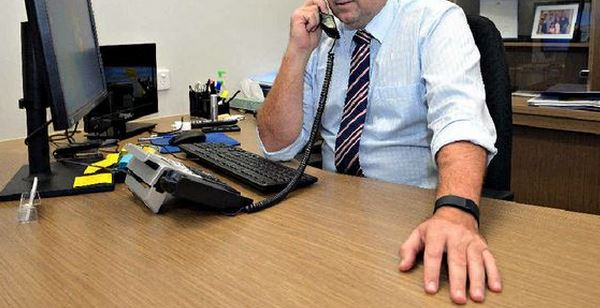 According to senator for NSW, Ms Deborah O’Neill, the Taskforce was proud to hear directly from workers, community groups and businesses about issues impacting the Central Coast.

The need for secure jobs that Central Coast workers could count on dominated the first Taskforce meeting.

Sen O’Neill said penalty rates, domestic violence and youth unemployment were other high priority issues Labor would take away from the meeting.

“Attacks on penalty rates and working conditions are becoming universal problems around the country, but the issues around domestic violence and the working poor that we face here on the Coast really affected my Labor colleagues,” Ms O’Neill said.

“The Central Coast has some of the highest levels of domestic violence in the country, and cuts to service providers are leaving more and more women and children in vulnerable situations.

“The Taskforce heard that mothers can’t access emergency accommodation due to lack of availability and its expense, with even caravan parks costing $240 a night or refusing to take children.

“This forces those women to sleep in cars close to their child’s school, just to save on petrol.”

Ms O’Neill said the Task Force heard Youth Connections describe how Federal Government funding cuts of more than $1 million were making it impossible for them to continue their work at the capacity they were before the 2014 budget, despite a success rate of 93 per cent in getting young people into education or employment.

“They painted a picture of a region in trouble, where 39 per cent of young people leave high school not jobready, and employers regarded 73 per cent of applicants as unsuitable due to lack of relevant experience, insufficient qualifications or training, lack of soft skills and poorly written applications.”

Sen O’Neill said training opportunities are too intermittent, making it difficult for organisations to have continuity or stability for their clients, she said.

“Young people should not have to stand on the side of the road with a sign saying job please,” she said. In relation to penalty rate cuts, the Taskforce heard the ‘devastating’ effects proposed cuts will have on rural and regional workers, and Ms O’Neill said this is why the Taskforce was created.

“Labor established the Fair Work Taskforce to give Australians the chance to speak out about how the government’s attack on jobs, wages and conditions will hurt them, their families and their community,” she said.

Ms O’Neill said the Taskforce was a direct opposition to the Productivity Commission Investigation. “Labor believes in a workplace relations system that provides real job opportunities, a strong safety net, improved productivity and a strong economic future to advance Australia, not a race to the bottom on wages and conditions,” she said.

All testimony heard through the meetings will go towards a report compiled by the Fair Work Taskforce on regional working conditions in Australia. The report, to be released next year, will form the backbone of Labor’s election policy on penalty rates and workplace conditions.

Ms O’Neill said workers across the Central Coast, and the country, will benefit from a policy based on research and evidence from workers.

Business Awards open to all businesses